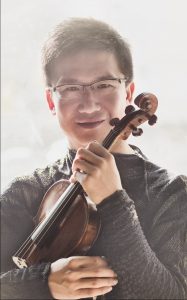 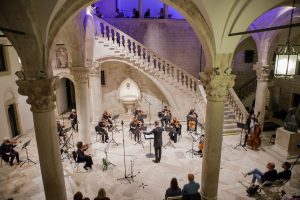 Maestro Marc Tardue will be the conductor for this concert. 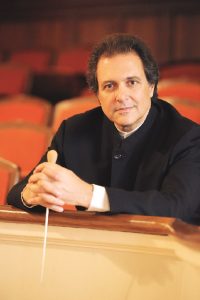 Get your tickets here.

The Four Seasons of Antonio Vivaldi probably is, to this day, one of the most popular and well-known classical pieces in the world. Whether it was in a movie, a commercial or anywhere else, you most likely have listened to it at least once in your life (purposely or not).

The Four Seasons or “Le quattro Stagioni” in Italian was written in 1720 and published in 1725 in Amsterdam during the Baroque era. It is undoubtedly one of the best-known works of Vivaldi and actually constitutes the 8th opus of a 12 concerti work named “The contest of Harmony and Invention”.

The Four Seasons, as the title evokes, contains 4 concerti in this order: Spring, Summer, Autumn, and Winter. Each of these are divided in 3 movements with a tempo going: fast-slow-fast.

In addition to the music in itself, the concerti are accompanied by short poems -most likely to also be written by A. Vivaldi- which transcribes perfectly what the composer is trying to express through his music. This custom [the program music] was pretty unusual at the time but marked how pioneer was Vivaldi’s vision, since it became much more common later on during the Romantic era.

Here are the poems for each season:

Springtime is upon us.

The birds celebrate her return with festive song,

And murmuring streams are

Softly caressed by the breezes.

Thunderstorms, those heralds of Spring roar,

Casting their dark mantle over heaven,

Then they die away to silence,

And the birds take up their charming songs once more.

On the flower-strewn meadow, with leafy branches

His faithful dog beside him.

Led by the festive sound of rustic bagpipes,

Under a hard season, fired up by the sun

Languishes man, languishes the flock and burns the pine

We hear the cuckoo’s voice:

Then sweet songs of the turtledove and finch are heard.

The North Wind sweeps them suddenly aside.

Fearing violent storms and his fate.

The fear of lightning and fierce thunder

Robs his tired limbs of rest

As gnats and flies buzz furiously around.

Alas, his fear were justified

The Heavens thunder and roar and with hail

Cut the head off the wheat and damages the grain.

Celebrates the peasant, with songs and dances,

The pleasure of a bountiful harvest.

And fired up by Bacchu’s liquor,

Many end their revelry in sleep.

By the air which is tempered with pleasure

And (by) the season that invites so many, many

Out of their sweetest slumber to fine enjoyment

The hunters emerge at the new dawn,

And with horns and dogs and guns depart upon their hunting

Terrified and tired of the great noise

Of guns and dogs, the beast, wounded, threatens

Languidly to flee, but harried, dies.

To tremble from cold in the icy snow,

In the harsh breath of a horrid wind;

Our teeth chattering in the extreme cold

Before the fire to pass peaceful,

Contented days while the rain outside pours down.

We thread the icy path slowly and cautiously,

For fear of tripping and falling.

Then turn abruptly, slip, crash on the ground and,

Rising, hasten on across the ice lest it cracks up.

We feel the chill north winds course through the home

Despite the locked and bolted doors…

This is winter, which nonetheless

Brings its own delights.

But storytelling was not his only talent, so let’s take a quick focus on who was Antonio Vivaldi. Born in 1678 and died in 1741, the latter was an Italian composer. But his history with music doesn’t start with this. His father was a violinist and taught him how to play the violin. And because himself was a violinist, it explains the fact that most of his concerti are written for violins. Throughout his flourishing career he wrote more than 470 concerti and 100 cantates, aries, serenates, but also 45 operas and more.

By the time he composed the Four Seasons, he was also teaching music at the girl’s Orphanage “Conservatoria del’’ Ospedale della Pietà” as violin master and composer in residence.

His boldness and virtuosity led him to become an inspiration and influence for many other composers such as Haydn or Bach. The latter was especially fond of Vivaldi’s work and transcribed several of his concerti for keyboard, strings, organ and harpsichord.

Fun fact : Vivaldi let his imagination and creativity run freely and let quite original instructions for violinists on how to interpret The Four Seasons such as: playing like a “sleeping goatherd” or even to imagine “a barking dog ».

We hope you will enjoy Tuesday’s concert!

We use cookies on our website to provide you with the most relevant experience by remembering your settings and revisits. By clicking on "Accept all" you agree to the use of ALL cookies. However, you can visit "Cookie Settings" to give controlled consent. -- Read more --
Cookie SettingsAccept All
Manage consent

This website uses cookies to improve your experience while you navigate through the website. Out of these, the cookies that are categorized as necessary are stored on your browser as they are essential for the working of basic functionalities of the website. We also use third-party cookies that help us analyze and understand how you use this website. These cookies will be stored in your browser only with your consent. You also have the option to opt-out of these cookies. But opting out of some of these cookies may affect your browsing experience.
Necessary Always Enabled
Necessary cookies are absolutely essential for the website to function properly. These cookies ensure basic functionalities and security features of the website, anonymously.
Functional
Functional cookies help to perform certain functionalities like sharing the content of the website on social media platforms, collect feedbacks, and other third-party features.
Performance
Performance cookies are used to understand and analyze the key performance indexes of the website which helps in delivering a better user experience for the visitors.
Analytics
Analytical cookies are used to understand how visitors interact with the website. These cookies help provide information on metrics the number of visitors, bounce rate, traffic source, etc.
Advertisement
Advertisement cookies are used to provide visitors with relevant ads and marketing campaigns. These cookies track visitors across websites and collect information to provide customized ads.
Others
Other uncategorized cookies are those that are being analyzed and have not been classified into a category as yet.
SAVE & ACCEPT